The first signs that your baby's teeth are growing 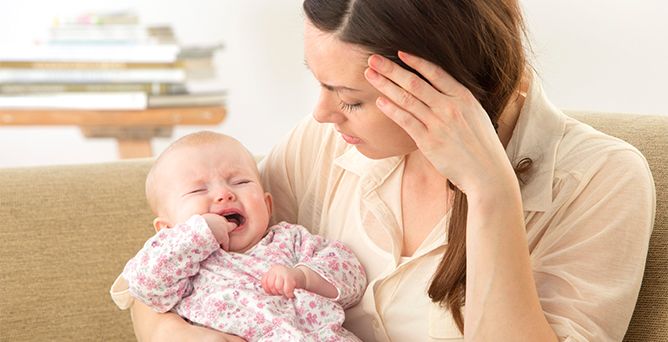 Teething is a delicate stage for babies, and also for their parents: here are a few important things to consider when those first little teeth start to make an appearance

Teething: a stage of development that doesn't go unnoticed!

The arrival of baby's first teeth is often an anxious stage for parents, who worry when the first tooth is late to come through, or who see teething as a source of discomfort for their little one. These concerns are understandable but often unfounded, because every baby does things in their own time, and not all symptoms are necessarily related to tooth eruption.

There are 20 deciduous teeth, more commonly known as milk teeth. Each half of the two dental arches has 5: a central and a lateral incisor, a canine, a first molar and a second molar. The first to peep out – often around the fourth month – tend to be the upper central incisors (the upper middle teeth), followed by the lower middle teeth and those to the sides of these. Between the ages of one and two, it's time for the first molars and canines to make an appearance. By the age of 3 years, the second molars should also have come through. But when it comes to teething, the timings are far from set in stone: it may be that baby's first tooth still hasn't shown up by his or her first birthday.

In the days immediately after baby's first teeth come through, your little one may suffer from sporadic episodes of fever or diarrhoea. Contrary to popular belief, there is no scientific evidence linking a rise in temperature to teething. Typical symptoms that may accompany a little tooth include large amounts of saliva, inflamed and sensitive gums, a tendency to refuse food, irritability and difficulty falling asleep.

Gums in need of relief

Sore gums are a real symptom of teething, and little ones may seek to relieve the discomfort by placing their hands or nearby objects in their mouths. Indeed, rubbing the gums is often the most effective remedy for teething troubles, and provides the greatest relief. Ice also works to numb the area, but not all children like it. There are also gum massagers available, specifically designed for teething: some of these can also be placed in the fridge for greater relief. Alternatively, you can purchase special gels specifically designed to sanitise and alleviate swollen red gums.