How to calculate when it will happen and the key symptoms 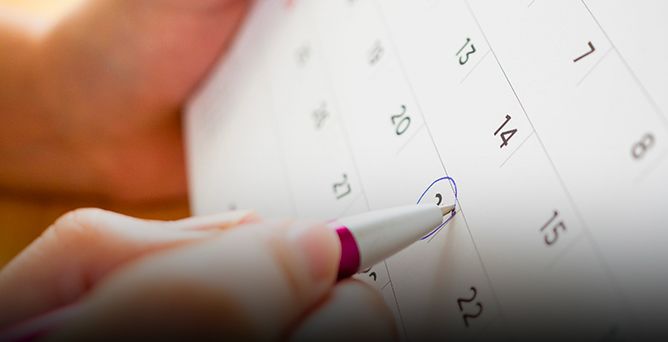 The ovulatory phase corresponds with the period of greatest fertility, and occurs at a precise time within the menstrual cycle, which can be calculated

The stage when a woman's fertility is at its peak

Ovulation is the phase during which the ovum – also referred to as the oocyte – is released from the ovary into the fallopian tube, where it is ready to be fertilised by the sperm, before travelling to the uterus where the foetus will grow. This process takes place around the fourteenth day of the menstrual cycle (which usually lasts approximately 28 days), and represents the phase of the ovarian cycle during which the woman can conceive.

The fertile stage lasts for a few days every month

It is important to remember that conception can occur even when sexual intercourse occurs in the days immediately preceding ovulation. Sperm can survive in the uterine cavity and the fallopian tubes for around 3 to 4 days. The egg, meanwhile, is viable for around 24 hours. Once this time has passed since the egg was released into the fallopian tubes, the unfertilised oocyte rapidly breaks down. Taking into account the viability of the sperm and the period of survival of the oocyte, a woman with a regular cycle is fertile for 4-5 days of every month.

Calculating ovulation: how it's done

How is ovulation calculated? The date of ovulation can be calculated by subtracting the 14 days between ovulation and the first day of menstruation from the menstrual cycle as a whole. This means that if the cycle lasts 28 days, ovulation occurs on the 14th day, whereas if the cycle is 33 days long, ovulation will occur on the 19th day. If a woman's cycle is irregular, this calculation is less reliable. If the cycle lasts 27-30 days, for example, ovulation will occur between the 13th and 16th day. In a 28-day cycle, the fertile phase runs from the 10th-11th day up to the 15th day, or 3-4 days before and one day after ovulation.

Ovulation causes specific symptoms, the intensity of which varies from woman to woman. The clearest signs relate to variations in cervical-vaginal secretions: when ovulation begins, these secretions increase, and are more liquid and creamy, similar to raw egg white. Secondly, a woman's core body temperature will rise by around 0.3-0.5 degrees. The third symptom relates to the cervix, which becomes softer and more open, facilitating conception. These three primary symptoms are often associated with cramping and pain in the lower abdomen, an increase in sexual desire and changes in the way the breasts feel.