Why won’t my baby sleep through the night?

Baby sleeping through the night? If not, we can help. By determining the cause we can find the solution to get your baby sleeping soundly 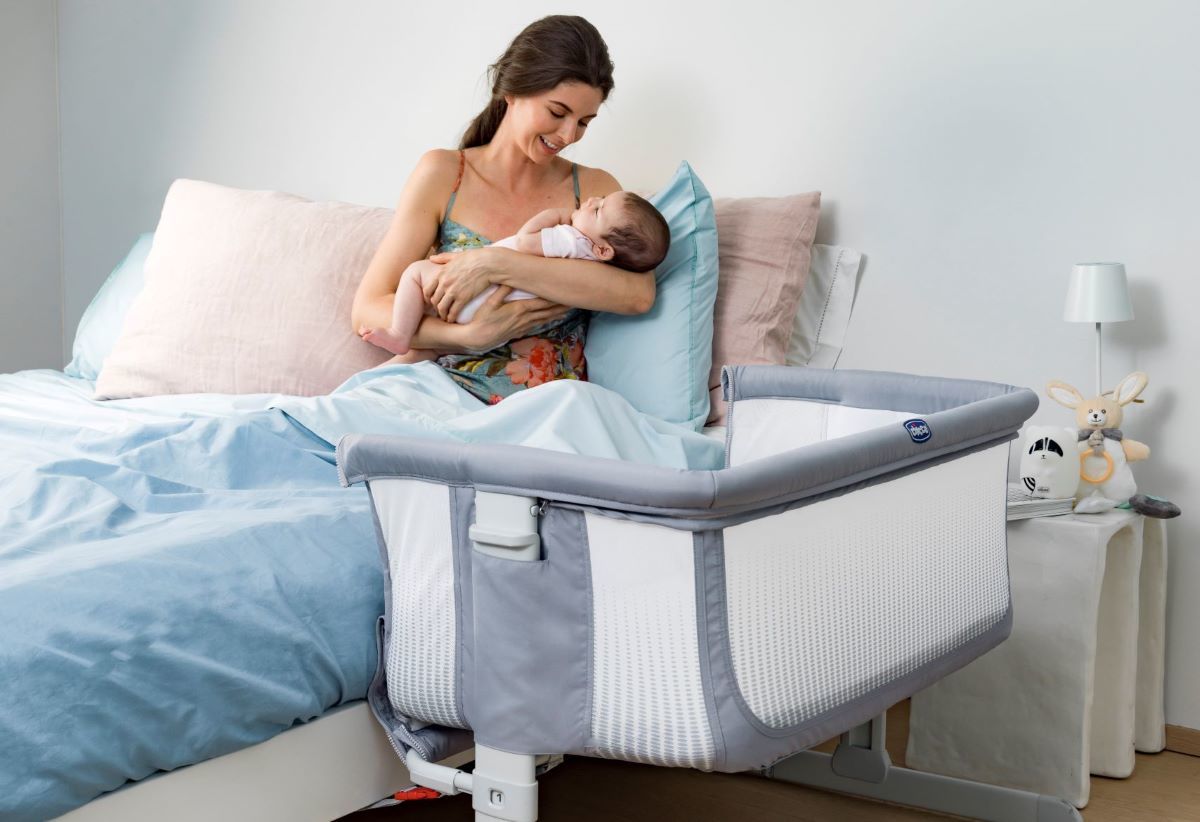 There are a number of reasons why your baby may not be sleeping through the night. Babies can become unsettled from their sleep routines due to teething, unfamiliar environments if you are away from home or they could simply need feeding. By determining the cause of their waking, you will be able to find the best solution to get your baby back to sleeping through the night.

Five reasons why your baby might not be sleeping through the night:

Many babies have a certain action they associate with time to sleep, so when they wake during the night, they struggle to settle themselves without this.

For example, many new parents feed their baby before putting them down, and little one quickly learns to associate the two. That means that when they wake during the night, they will often cry out because they want to feed to help them settle.If this is the case, help baby learn to self-settle and allow them to sleep through the night without you being present.

Introducing a positive sleep association such as a comforter, sleeping bag or soothing music can help. For example, if your little one associates feeding with sleep time, start to play soothing music when you go in to feed them. Over time they will begin to associate both you and the music with sleeping, and eventually, just the music alone will help settle them.

Hunger is one of the most common causes of babies not sleeping through the night , especially if they have started sleeping for long periods without feeding during the night.

One way to combat this is by introducing a dream feed at around 10pm whilst your baby is still asleep[1] . This should then keep hunger at bay until their feed in the morning without needing another feed during the night.

It’s also important to determine whether your baby is hungry or not. Many babies over five months will wake due to their natural sleep cycles and waking between a sleep cycle does not mean they will need feeding. Babies that have not woken up due to hunger should go back to sleep with a bit of comforting.

Getting your baby to sleep through the night can be extremely difficult If you are visiting family or on holiday, as unfamiliar settings can cause babies to become confused and restless when they wake during the night.it is best to replicate their normal sleeping environment the best that you can, such as using a nightlight or soothing music. It is also recommended that you put them down in the crib they will be sleeping in, rather than allowing them to fall asleep on you, as transferring a baby older than four months to a cot after they are asleep will often result in night-waking and unsettledness.

A crib such as the Chicco Next2Me Air that can also be used as a travel crib is ideal for creating a familiar setting for your little one when travelling.

If you are still night feeding after 6 months, this can quite often lead to babies not sleeping through the night as they get older as they could have developed a learned hunger or habit. Again, one way to tackle this is to introduce dream feeds when they are asleep. By curbing their hunger whilst they are asleep, you reduce the association of a feed to get back to sleep.

5. Unable to settle themselves

If your little one is struggling to sleep through the  night, it is important for them to learn to self-settle, and frequent trips to the bedroom during waking sessions can often prevent this, meaning baby’s night waking will usually continue. Some parents opt to put their little one down whilst they are sleepy but not asleep and leave them to settle without any rocking or comforting. Many parents are often surprised at how quickly their little one will learn to settle themselves without help.

If you do want to try this technique, there are many different approaches and it is important to find one you are comfortable with.

Learn more about developing a Bedtime routine for Baby